In 1982, former Cuban president Fidel Castro introduced the Cohiba cigar to the world. Before then, only dignitaries, diplomats, high-ranking state officials, and close friends of Castro knew about or were able to smoke this elite of cigars. Today, more than 20 years later, the Cohiba has gained cult status and has amassed a loyal […]

What is a good cigar

From the cigar core moving outwards, a cigar is comprised of its filler, binder, and wrapper. We shall see how each of these components contributes to the unique taste and flavor of every cigar: The Filler The best (premium quality) cigars are handcrafted mini-masterpieces, and will be labeled “Hecho a mano,” meaning “made by hand. […]

How to choose a cigar

With cigars, you get what you pay for. Most of the convenience store cigars that are available are cheap imitations – machine-made and filled with shredded tobacco leaves. I wouldn’t recommend buying any of these to anyone, they taste so awful you’d never forgive me for the rest of your cigar-smoking days. If price is […]

How to cut and light a cigar

Cigar cutter and lighter How to properly cut a cigar To accomplish an even cut, the best cutter to use is a double blade guillotine cutter as this produces the cleanest edge. The ideal cut should be about 1/16th to 1/8th of an inch (about 2 millimeters), taking off about 2/3 of the cap (the […]

Cigar lovers indulge in the pleasure of smoking cigar for different reasons, in different places – alone or in the company of good friends. Indeed. Some people prefer to smoke alone while others will enjoy their favorite cigars only in the company of cronies. While it’s important for you as a beginner to learn how […] 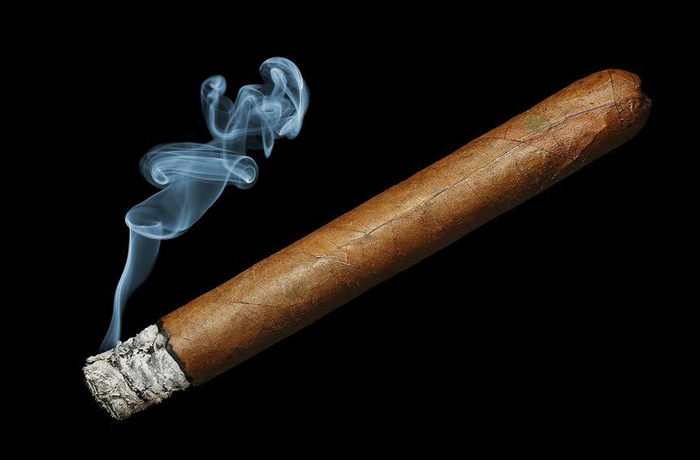 How To Smoke A Cigar

Cigar smoking is a non-hurried, languorous (if you will) affair that must be savored and enjoyed to the fullest. Allow yourself enough time – half an hour, at least – to smoke your cigar, to taste and savor the complex aromas and subtle flavors of the smoke. The proper way of holding your cigar is […]

How to store cigars without a humidor?

Cigars storage in a hermetically sealed space is also not recommended. In this case, even a wet towel will not help, they are guaranteed to be covered with mold. Short-term storing cigars without a humidor possible. How to keep cigars fresh without a humidor? Ask at the store an old cigar box and just put […]

Would I be able storing cigars in refrigerator?

This happens more regularly. Somebody inquires as to whether it is alright to store their stogies in the cooler. All things considered, there is a short answer and a long answer. The Long Answer… Cautioning marks are for suckers. I mean we shouldn’t have them. It is only an approach to stop, generally, idiots from […]

How to store cigars at home.

Quality cigars breathe like a living organism. Therefore, they need a carefully controlled climate. Violation of humidity and temperature parameters may cause them to dry out or become moldy. Therefore, if you bought a cigar, but do not plan to smoke it on this day, it is important to create an optimal microclimate for it. […]